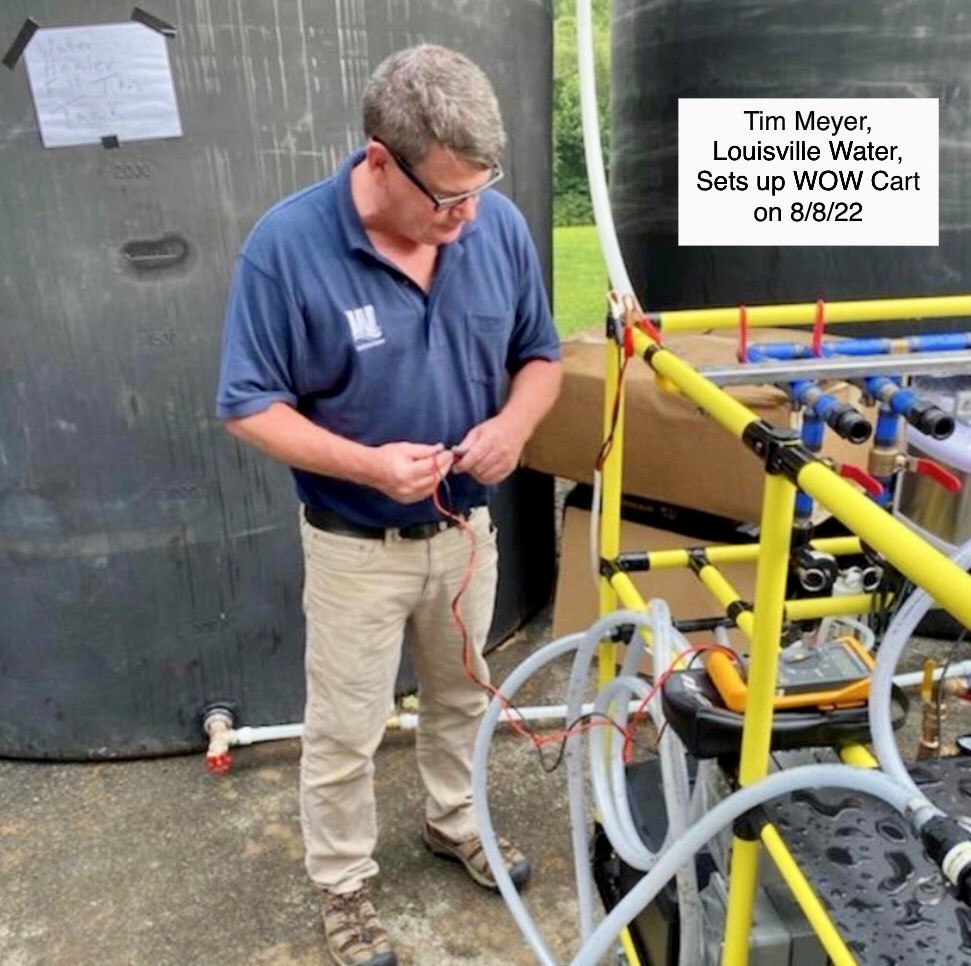 This article is from the August 22, 2022 edition of the Louisville Water Company’s newsletter, NewsLeaks:

Setting up Water on Wheels (WOW) Carts is a relatively easy task, especially for someone who has at least basic plumbing skills. After all, WaterStep designed these small, portable water treatment systems to be easy to deploy and operate during emergencies.

But what do you do when you need a plumbing part to extend the emergency water infrastructure and the hardware stores in the disaster area are either closed or have already sold out their inventories to everyone else who needs to repair things?

Tim Meyer said he reached for his “inner MacGyver.” Like the TV series hero known for solving engineering problems with common items, Meyer devised a fitting for a jet pump with a piece of plastic and some nylon zip cords.

Of course, Meyer has much more than just basic plumbing skills. During his 32 years with Louisville Water, he has worked every union job, including Emergency Turner, Plumber Leader, and Plant Operator. After he retired, he returned to the company as a part-time inspector.

He has used his skills and shared his expertise during trips to flood-ravaged eastern Kentucky – and to different areas within the region.

“I drove a thousand miles in just a few days,” he said.

Working as both a Louisville Water employee and a volunteer, Meyer found destruction from the flooding that was “far and wide. Pictures don’t do it justice. Cars wadded up like toys. People just wiped out.”

But, he said he also found resilience among the people of eastern Kentucky coupled with sincere appreciation for the help they were receiving from their neighbors throughout the state. 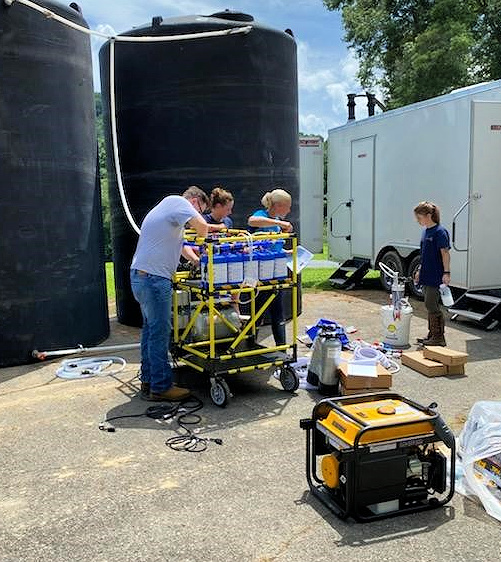 A letter from a doctor in Uganda