WaterStep was honored to have Mayor Fischer at its headquarters this morning to give an update on his Give A Day efforts around the city. During the live press conference, the Mayor recognized all the good work WaterStep does, both locally and internationally, and the fact that the organization keeps an average of 30,000 pounds of waste out of landfills each month through their shoe collection program. An important achievement to recognize on Earth Day! 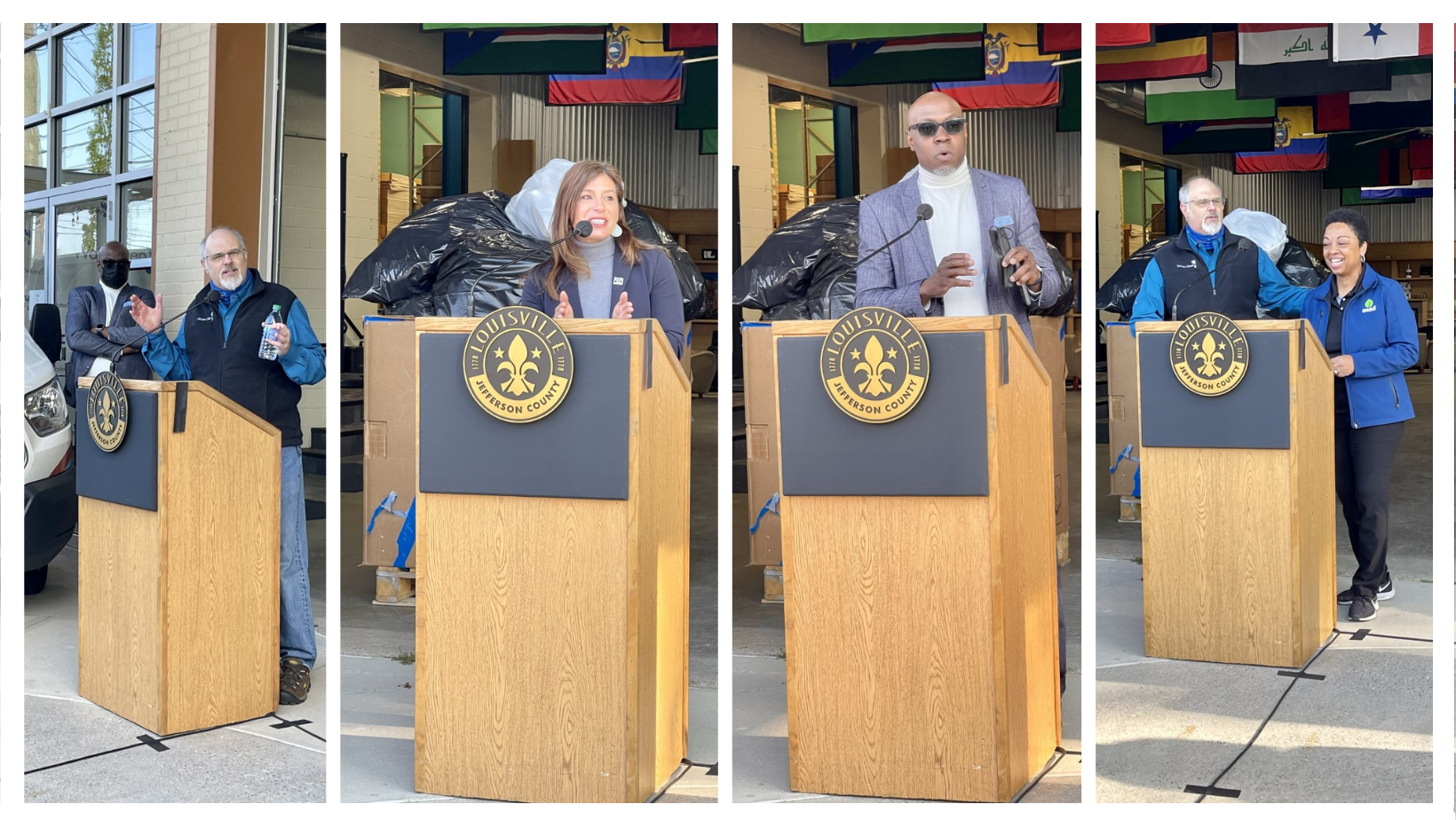 WaterStep Founder and CEO, Mark Hogg (pictured top left), gave a pro tip when throwing a plastic water bottle in the trash. Remove the cap and throw the bottle and cap away separately. Otherwise, there is a tiny amount of water that gets captured in the bottle and will remain enclosed in the landfill for 800 years!
Theresa Reno-Weber, President and CEO of Metro United Way (pictured above, second from left) thanked WaterStep for their partnership over the years, as well as their local response to the COVID-19 crisis last year. WaterStep provided many organizations in the city with BleachMakers, so they could make their own disinfectant when it was scarce on the shelves.
Zacharie Tossou (pictured above, third from left) is a WaterStep field consultant living in Louisville. He explained how he has experienced the water crisis first-hand and just how important WaterStep’s work is in West Africa, where he is from. 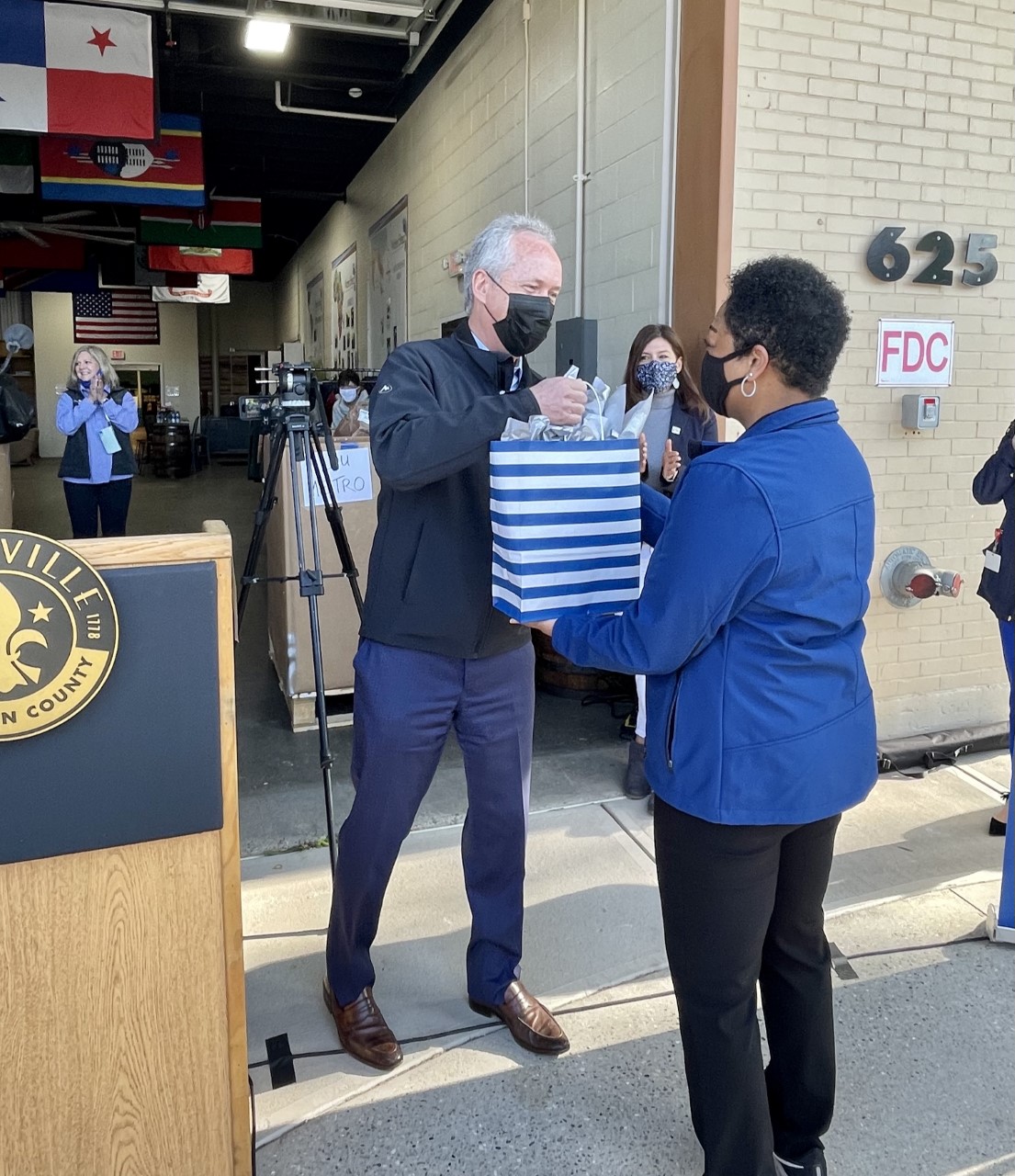 There was also an element of competition to this morning’s press conference. Louisville MSD challenged Louisville Metro Government to see who could collect the most shoes for WaterStep. The shoes were weighed live and MSD was the clear winner with a total of 615 pounds of shoes! Mayor Fischer was a good sport and presented Saundra Gibson, Representative for MSD and WaterStep Board Member, with her prize. 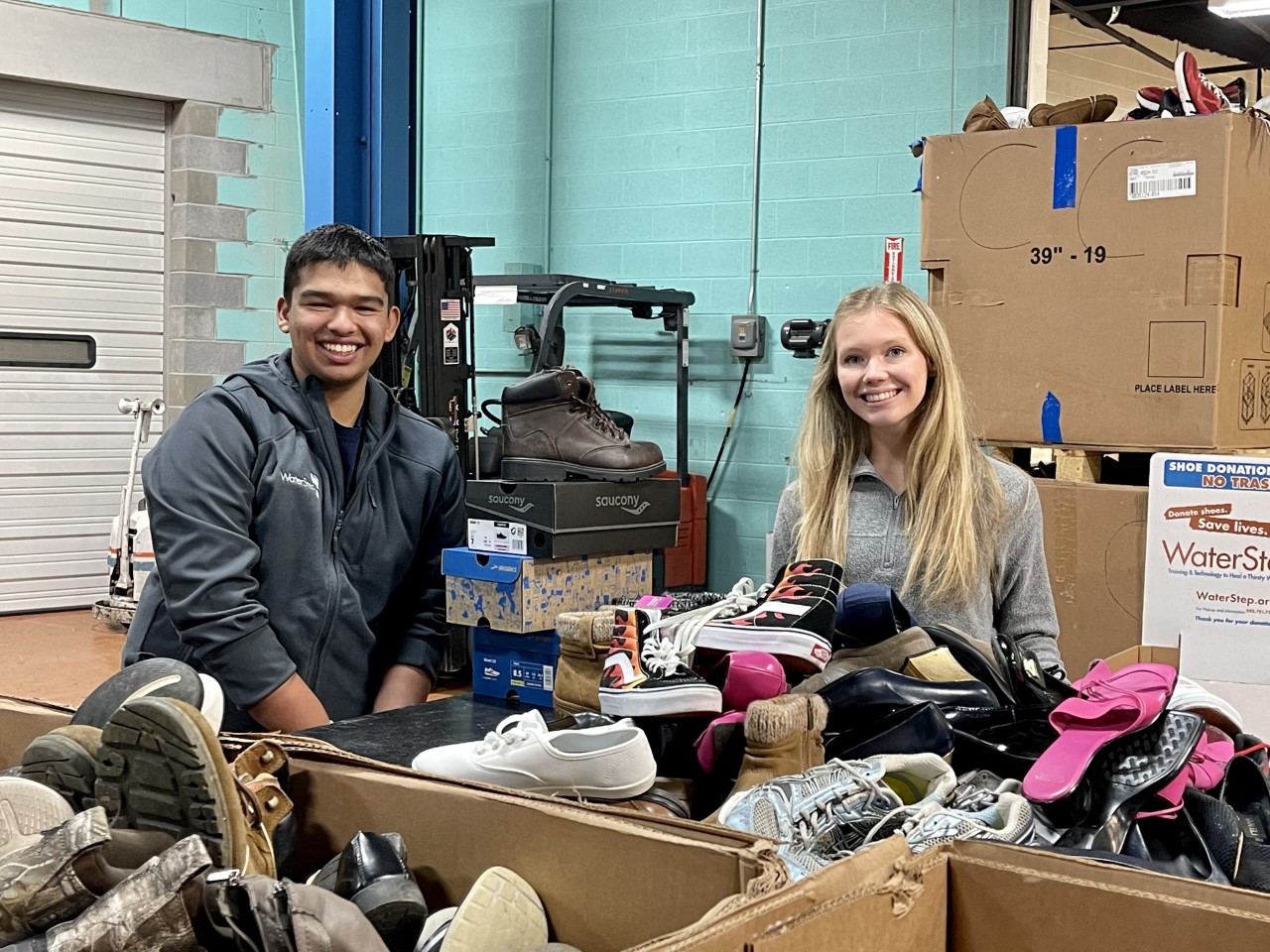 WaterStep Teen Board Members, Andrew Dunn, a Senior at Manual HS, and Anna Grace Castor, a Senior at North Oldham HS, were on hand to talk about the shoe drives they have organized around the city. Anna Grace has also done several virtual presentations over the last year to schools and camps about WaterStep and their life-saving work around the world. 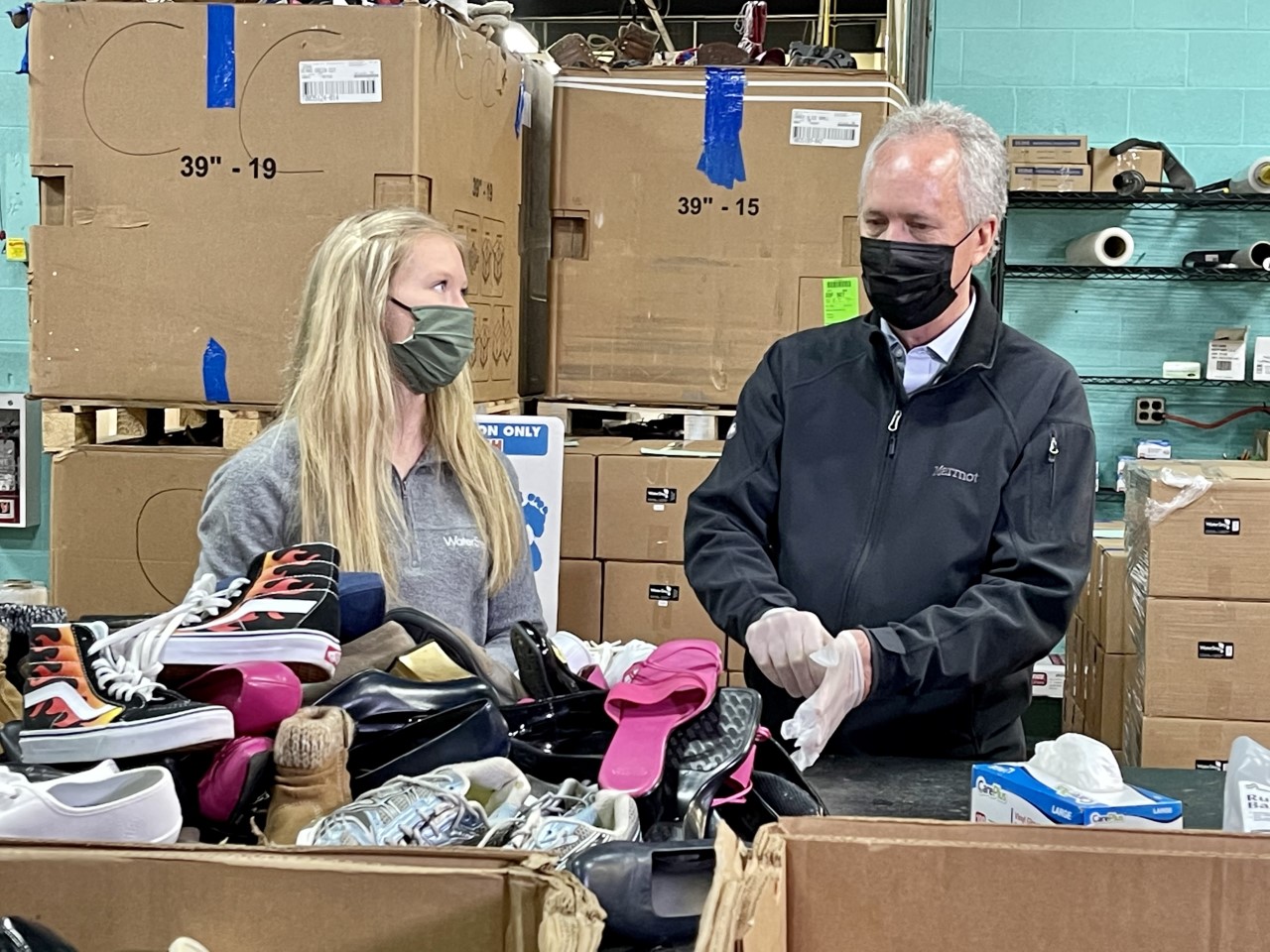 WaterStep put the Mayor to work while he was in the building, and he was more than willing to help out. Anna Grace showed him the proper way to pair and sort the shoes. Athletic shoes are always preferred, but WaterStep will accept any wearable shoes.
Thank you to Mayor Fischer and everyone else who came to our headquarters this morning in Old Louisville to celebrate community service, Earth Day and the overall compassion in our great city.

Jason D'Mello and the Millennial Train

Day of the Girl