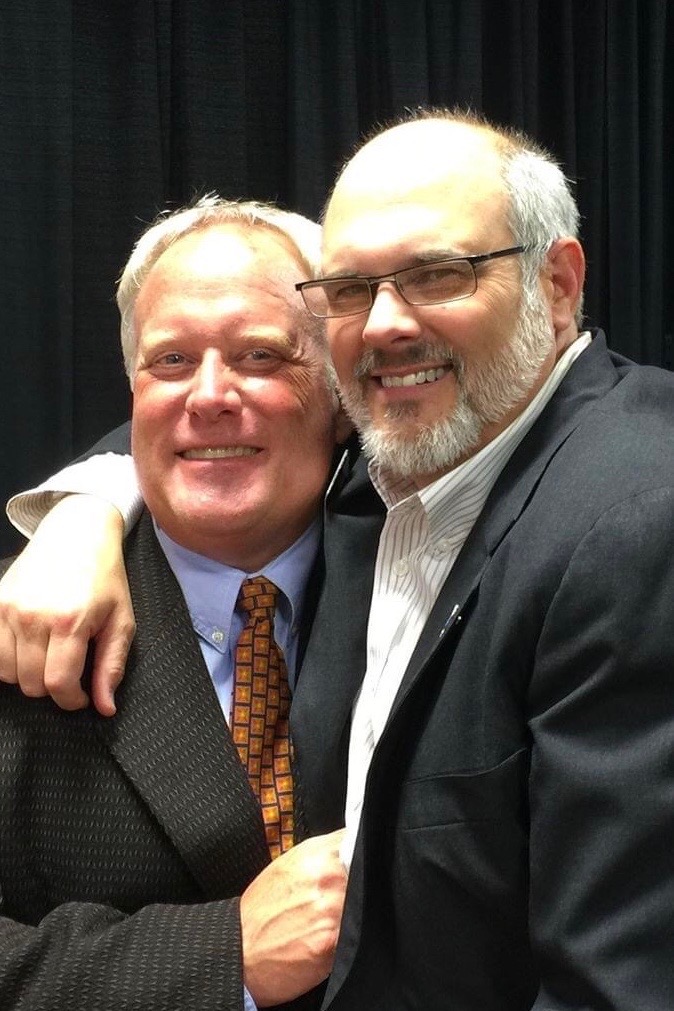 You know those rare people? The ones that make an impact on the world and touch the lives of virtually everyone they come in contact with? They’re a great gift and being around people like that makes me better.

My friend, Jeff Fuson (pictured with me above at an event celebrating WaterStep’s 20th anniversary), seemed to do that effortlessly. He had big energy, a coach’s voice and was willing to challenge or love you across any finish line. He talked of hope and the gifts God gives all of us to make the world better and see light inside the people we see each day.

After weeks of fighting the Covid virus, Jeff died Saturday, August 1 at about 5:45AM. Mercy, it will take a legion to fill the void left by his movement in so many lives.

Reflecting on the time Jeff and I spent together, he treated me like I was the only person he was talking to that day. Someone recently said, “Jeff covered so much territory talking to many people, but it never seemed like he was in a hurry.”

Jeff and his wife, Julie

In the early 1990’s, Jeff and I were youth ministers in Louisville, KY, at churches about 15 minutes apart. Like most young youth males with a lot of responsibility, each of us had some ego issues and on top of that, very competitive. We had not met, but were envious of the other’s reputation in the community. To add fuel to the flame, some of the young people in our groups would go back and forth. And, that just didn’t feel right! We finally connected and found ourselves working on some projects together and a special friendship emerged.

Living in Louisville, KY, since 1985, I’ve never been one of those people who won’t ask directions. I want to get where I’m going fast and I hate wasting time. So, when I moved into a new city, to get the lay-of-the land, I was constantly asking anyone and everyone. Right off the bat, I noticed a common denominator slipping itself into my roots; “Go past the old Sears building and . . .” From the South, this sounded about as confusing as, “Turn at the corner where Old Man Tombs used to have his vegetable stand.”

Finding our way alone takes trial and error and the mistakes can be costly. When we’re looking to find our way, most often just a friendly face will do. We just want to be pointed in the right direction.

Traveling to different cultures, I’ve found where there’s a strong emphasis on hospitality a friendly encounter can leave you more lost than you were before. 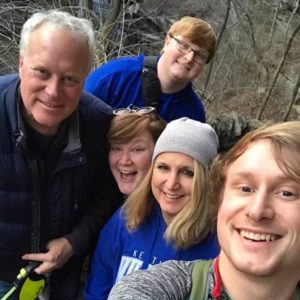 In those countries where it’s important to make sure people feel warm and invited, a person might make something up rather than tell you they don’t know. They would risk you feeling more disappointment and perhaps further sadden your mood because they didn’t have an answer. So, any direction is better than none. You drive off knowing even less than you did about where you want to go.

It’s 35 years later, and I still hear people refer to “the old Sears building.” Heck, now I do it myself. I never saw the Sears sign on it and never shopped there. But, to this day, when I see the building, my senses reminding me I’m at a critical point on my compass.

Men and women who have been an influence and played directional roles in my life are like markers on a compass. I don’t want to forget those markers, so like some folks I tie things to people. Often, our refrigerators are ornate with pictures and magnets, cluttered bookshelves and covered mantles, Grandpa’s old tools and Dad’s fishing lures, Nanna’s quilt and Uncle Robbie’s chess set. I sprinkle things like that in my shop, on my phone, in my truck and sometimes in a coat pocket or two. My wife, Marcia, collects rocks that remind her of time with people and they clutter the house and the flowerbeds.

Jeff’s daughter, Evelyn, describes our friendship as going on adventures together. I like that. These are a couple of mantra’s Jeff and I mentioned when we were together. “What are you doing today that will make a difference 100 years from now?” “What are you willing to do, give up, learn, leave, believe, befriend, earn or risk to live the live you feel called to live?” 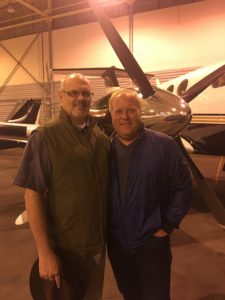 In 1997, there was an idea I was holding close to the vest. It felt so delicate, if I even whispered it, a light breeze might’ve snuffed it out. Jeff not only wanted to hear it but wanted to make it happen. We all know when working with young people that missions and service play a vital and life-changing role in spiritual and emotional development, as well as understanding community.

But, at that time, most small churches didn’t have the resources, connections or bandwidth to develop a mission trip experience. And it was virtually impossible to attempt a trip to a foreign country without the right travel agent.

The dream was to take 1,000 young people to the four corners of the world at the same time to impact more lives that we could imagine. Thank goodness a more manageable dream emerged from those who joined the project from around the Kentuckiana area: 165 young people from 25 different churches. For almost two years, 14 teams were designed to go to Kenya, Costa Rica and Brazil doing humanitarian projects, medical work and sports camps. We called it EDGE 2001(Ecumenical Dynamic Growth Experience.)

Jeff lead the Brazil trip. Each of the three countries required multiple locations, group leaders, projects, logistics, pre-trips and on and on and on. It was a huge commitment. For WaterStep, everything was on the line. 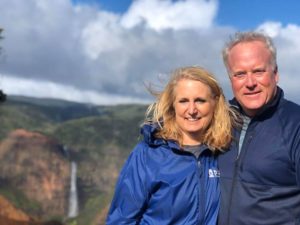 People, families, students and leaders gathered to take a chance. Maybe, just maybe, we could all do something and create a momentum that would echo for years into the future. And we did.

Earlier I mentioned the compass points in my house, my shop and my pockets. I pick and place them in order to point me to people who have built a legacy in my life. I remember. Something inside stirs. I engage anew. It’s not the thing. It’s a person.

The momentum of Jeff’s life was one to include people, invite hope and fuel flame.

Over the years, Jeff and I included each other in certain pivotal moments involving our work, our families, our faith and just life. Jeff etched into my compass, “Always remind those close to you why they’re headed in the direction you’re pointing.”

Those last days, he fought. In the legacy that was his life, he was pointing even then.